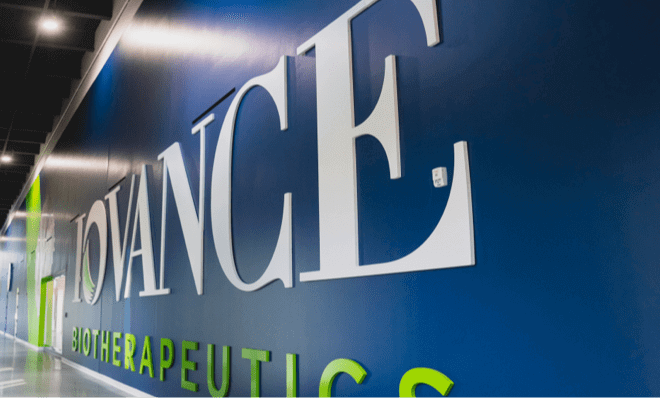 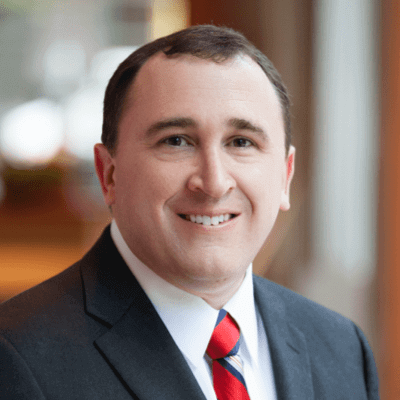 Dr. Vogt joined Iovance in September 2016. He has more than 20 years of experience in the pharmaceutical and biopharmaceutical industries. Prior to joining Iovance, Dr. Vogt practiced law at the international firm of Morgan, Lewis & Bockius, focusing on intellectual property and business law in the life sciences and representing clients in patent strategy, transactional and litigation matters. Previously, he served in numerous scientific, management and legal roles of increasing responsibility over a period of 13 years at GlaxoSmithKline, where he focused primarily on oncology and cardiovascular drug development. Dr. Vogt holds a B.S. in Chemistry from Ursinus College, a Ph.D. in Chemistry from Pennsylvania State University and a J.D. from Temple University. He has authored or co-authored more than 70 research papers and book chapters and is a co-inventor of numerous patent applications in the drug development and life sciences fields. He is admitted to practice in Pennsylvania and before the US Patent and Trademark Office and the US District Court for the Eastern District of Pennsylvania. 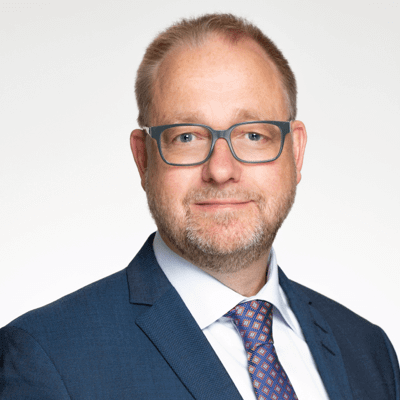 Dr. Graf Finckenstein joined Iovance in July 2019. He is a physician-scientist with decades of experience in clinical medicine, laboratory cancer research and drug development in the biopharmaceutical industry. Prior to joining Iovance he was the Global Head of Oncology Translational Medicine at Roche Pharma Research and Early Development (pRED) in Basel, Switzerland, where he led all clinical development aspects in the Oncology Discovery and Translational area, including the design and conduct of clinical trials, exploratory development studies and translational medicine, biomarker and personalized healthcare strategy. Earlier, Dr. Graf Finckenstein held multiple clinical leadership roles at Bristol-Myers Squibb, where he worked on an array of products from early clinical development to late stage, including key contributions to the approval of Opdivo® in lung cancer. Dr. Graf Finckenstein has a medical degree from the University of Hamburg in Germany. He holds a German medical license, a pediatric board certification, and has conducted basic cancer research at the Ludwig Institute, San Diego Branch, the Children’s Hospital Los Angeles and the University of Hamburg. 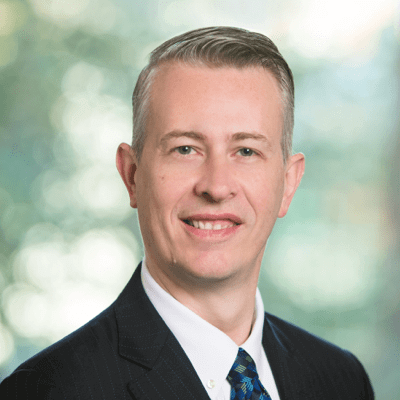 Mr. Bellemin joined Iovance in December 2020. Previously, he served as Executive Vice President of Finance and Chief Financial Officer at Gritstone Oncology, a publicly traded company developing cancer immunotherapies. Prior to Gritstone, Mr. Bellemin served as Senior Vice President, Market Access, Business Solutions and Services of Actelion Pharmaceuticals US Inc., or Actelion, a biotechnology company, until Actelion was acquired by Johnson & Johnson. Prior to Actelion, Mr. Bellemin held several financial leadership roles at Guerbet Group. He received a university degree in Economics, and an M.A. in Finance from Université Paris Dauphine, a postgraduate degree in Finance and Accounting from Université Paris II Panthéon-Sorbonne, and an M.B.A. from the ESSEC Business School in Paris, France. 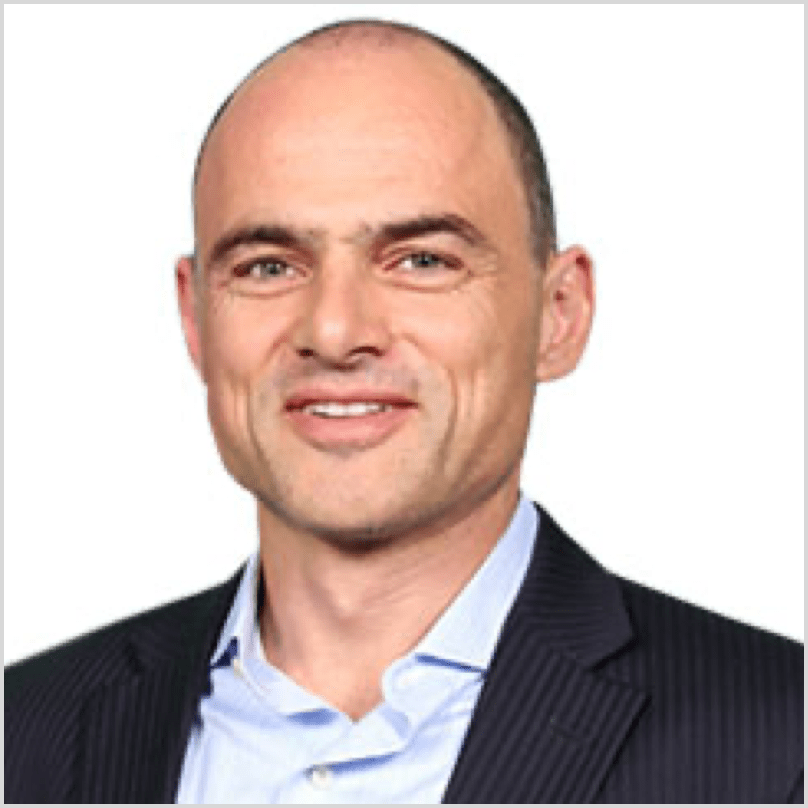 Dr. Bilinsky joined Iovance in March 2021. He has more than 20 years of cumulative leadership experience through prior roles as Chief Executive Officer, Chief Operating Officer and Chief Business Officer at companies within the life sciences industry. Prior to joining Iovance he served as Chief Business Officer of Oncternal Therapeutics, where he was integral in building the publicly traded oncology company. Previously, Dr. Bilinsky served as Chief Operating Officer of AmpliPhi Biosciences, and as General Manager of Immuno-oncology and Senior Vice President at IGNYTA (now part of Roche). His prior experience also includes senior executive roles at Vical and Halozyme Therapeutics, and Chief Executive Officer at Androclus Therapeutics. He also served as a principal in the healthcare practice of Boston Consulting Group. Dr. Bilinsky received a B.S. in Physics from the Moscow Institute of Physics and Technology and a Ph.D. in Physics from the Massachusetts Institute of Technology. 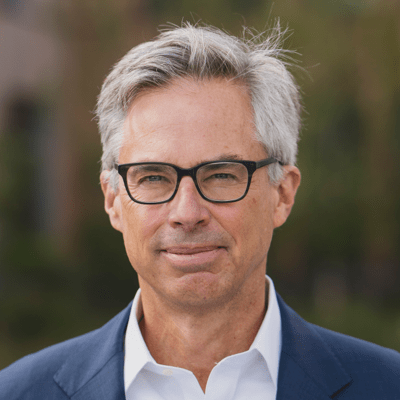 Mr. Johnson joined Iovance in August 2015 and was promoted to Chief Business Officer in March 2019. He currently leads corporate development and alliance management. Mr. Johnson is an entrepreneurial executive with more than 30 years of experience in operations, finance, business development, investor relations and venture capital, primarily with bioscience companies. Prior to Iovance, he held executive roles at public and private companies including President and Chief Financial Officer at Vion Pharmaceuticals, an oncology drug development company. He was also a founding investor and initial board member of Acorda Therapeutics. Earlier in his career, Mr. Johnson was an investment banker working on product development financing for leading biotech companies. He received a B.A. from Harvard College and an M.B.A. from Harvard Business School.

Dr. Puri joined Iovance in March 2022. He has decades of experience with the evaluation and regulation of advanced therapies, including cell and gene therapy, cancer vaccines and cellular immunotherapy. Dr. Puri previously spent 33 years working at the US Food and Drug Administration (FDA), including more than 19 years as the Director of the Division of Cellular and Gene Therapies (DCGT) in the Office of Tissues and Advanced Therapies at the Center for Biologics Evaluation and Research (CBER). He also participated and supervised development of FDA policies and guidance documents for advanced therapies. Dr. Puri was also a Chief of the Tumor Vaccines and Biotechnology Branch within DCGT and oversaw research programs of 13 principal investigators. As a Principal Investigator and throughout his career, Dr. Puri has led cancer research and discovery of novel immunotherapies. He has published more than 300 research and review articles, and participated in more than 220 speaking engagements at scientific, government, industry and professional societies. Dr. Puri has been granted numerous patents on his discoveries and many of his patents are licensed for further developments. He has established seven Cooperative Research and Development Agreements (CRADAs) with different companies to develop his discoveries for cancer therapy. He has received numerous awards including the FDA Award of Merit, FDA CBER’s Scientific Achievement Award, FDA Commissioner’s Special Citations and the SITC Collaborator Award. Dr. Puri trained at the Surgery Branch of the National Cancer Institute (NCI), where he worked in the laboratory of Dr. Steven Rosenberg on adoptive immunotherapy approaches for cancer. Dr. Puri was also trained at the Mayo Clinic in Rochester, MN. He received an M.D. from the University of Juarez Medical School Institute of Biosciences and a Ph.D. in Medical Sciences from the Central Drug Research Institute, Lucknow, India. 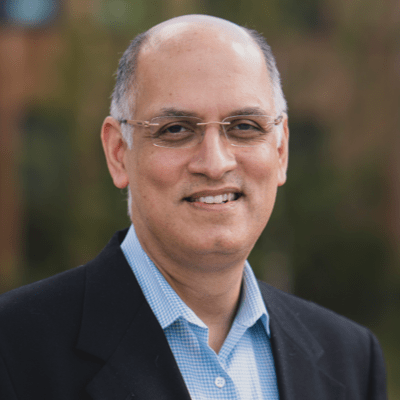 Dr. Jagasia joined Iovance in August 2020. He is an internationally recognized physician and clinical investigator with more than 25 years of clinical practice, including expertise in oncology and cell therapy. Prior to Iovance, he served as Chief Medical Officer and Executive Medical Director of the Cancer Patient Care Center at Vanderbilt-Ingram Cancer Center (VICC) in Nashville, TN, a National Cancer Institute (NCI)–designated comprehensive cancer center. He also held roles as Co-leader, Translational Research and Interventional Oncology Research Program at VICC and Director, Stem Cell Transplant Program, at Vanderbilt University Medical Center. In addition, he served as a faculty member in the Division of Hematology-Oncology at Vanderbilt University Medical Center. Dr. Jagasia’s current and prior board and committee memberships include the National Comprehensive Cancer Network (Board of Directors), GVHD (Graft Versus Host Disease) Committee for the Center of International Blood and Marrow Transplant Research (Co-chair), and the Working Group on Early Diagnosis and Preemptive Therapy for the National Institutes of Health (NIH) Consensus Criteria for Chronic GVHD (Steering Committee member and Co-chair). He holds an M.S. in Clinical Investigation and a Master of Management in Health Care (M.M.H.C.) from Vanderbilt University and a medical degree from King Edward Memorial Medical College (India). He has authored or co-authored nearly 200 scientific publications and participated in more than 100 speaking engagements at scientific and industry conferences. 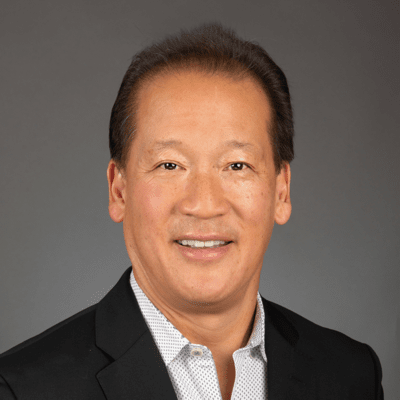 Mr. Shew joined Iovance in July 2021. He is a leader in information technology (IT) for global, publicly traded, expansion-stage biopharmaceutical companies. He previously served as Chief Information Officer at Jazz Pharmaceuticals for nine years as the company grew 10-fold to become a $2B+ revenue global, multi-product commercial company. Earlier, he held IT roles of increasing responsibility at Codexis, CV Therapeutics (acquired by Gilead Sciences) and Genecor International. Mr. Shew received a B.S. in Biochemistry from the University of California, Davis, and an M.B.A. from Santa Clara University. 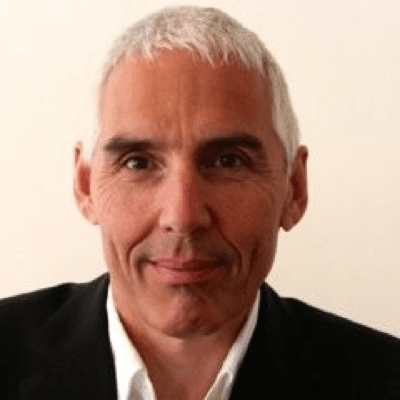 Mr. Smyth joined Iovance in April 2018 and was appointed Senior Vice President, Quality in 2021. He has 30 years of experience in the pharmaceutical and biopharmaceutical industries. He previously served as Vice President, Regulatory, Quality and Pharmacovigilance at PaxVax, a private-equity company that marketed nine vaccines for infectious diseases in 25 countries. While at PaxVax he was responsible for the Biologics License Application (BLA) submission, priority review and first-cycle approval of Vaxchora®. Earlier he held roles of increasing responsibility at Baxter International, including as regulatory lead responsible for the development and submission of global market applications for Rixubis® (US, EU, Japan), now marketed in over 40 countries. Mr. Smyth received a B.S. in Biochemistry from the University of Calgary and an M.S. in Toxicology from the Simon Fraser University (British Columbia). 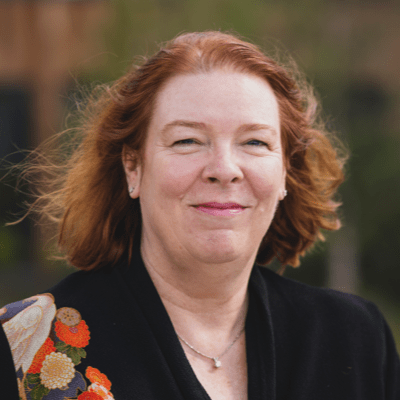 Ms. Winton joined Iovance in April 2020. She has more than 30 years of cumulative leadership experience within the life sciences and high-tech industries. Most recently, she held multiple leadership roles at Nektar Therapeutics, culminating in Vice President, Human Resources. Her prior experience includes senior management roles at Sybase, Philips Semiconductors and Telecom New Zealand (now Spark New Zealand). Ms. Winton has served as a board member and Board Chair on several professional nonprofit organizations over the past 30 years. She received a B.S. in Anatomy and Microbiology from the University of Otago (New Zealand) and an M.A. in Business Studies (Human Resources) from the Massey University (New Zealand). 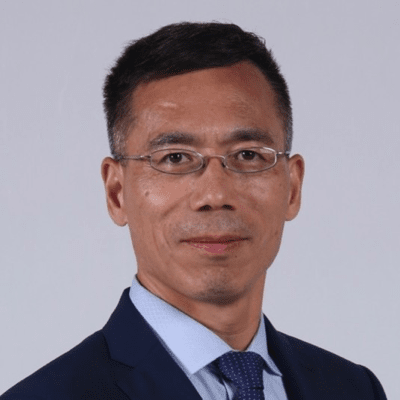 Dr. Yin joined Iovance in November 2021. He is a pharmacologist by training with 25 years of discovery and development experience in various therapeutic areas within the biopharmaceutical industry. His prior leadership roles included Vice President of Oncology Research at Pfizer, Executive Director at Novartis, Chief Scientific Officer at Fosun Pharma and President of the Innovation Institute at Qilu Pharmaceutical. Dr. Yin has contributed to the development of widely used therapies during his career such as the cancer therapies Kymriah® (the first CAR-T therapy approved by the US FDA) and Afinitor®, as well as the autoimmune disease therapy Cosentyx®. He earned a Ph.D. in Pharmacology from the University of Rochester and then conducted post-doctoral research in the Department of Biochemistry and Molecular Pharmacology at University of California, San Francisco. 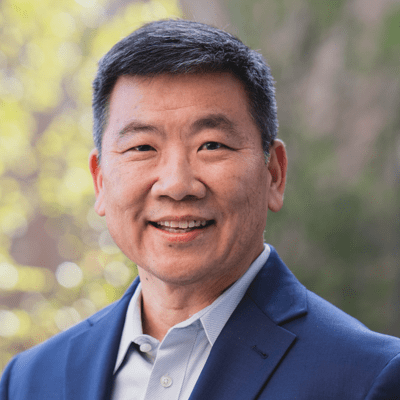 Mr. Ziegler joined Iovance in February 2020. He has more than 25 years of experience in leading or supporting over 10 product launches during his career in the biopharmaceutical industry. Previously, he served in numerous commercial roles at Gilead Sciences during a 10-year period, most recently as Vice President, Cardiopulmonary and Inflammation Business Unit. He led the US launch team for Gilead’s first approved oncology product and supported the launch and availability of several multibillion-dollar antiviral products for human immunodeficiency virus (HIV), hepatitis B (HBV) and hepatitis C (HCV) viruses while at the company. His earlier experience also included commercial roles of increasing responsibility at Biogen, Amgen and Pfizer. Prior to the biopharmaceutical industry, he served as an Armor Officer in the US Army. Mr. Ziegler received a B.S. from the United States Military Academy at West Point and an M.B.A. from the University of Chicago.

Meet Our Board of Directors
Modal Body...